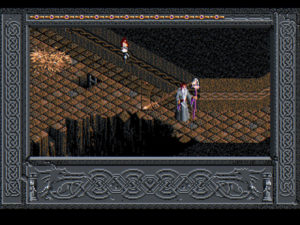 An old friend purchased this for the Mega Drive in the early ’90s. SatVision was the name of the store, located at the junction of Turfpits Lane and Short Heath Road, Erdington.
The Immortal isn’t the kind of game I normally went for back then. We spent a while trying to figure out how to start a game. Every time we selected ‘New Game’ it would deselect. Eventually we figured out you held the D-pad in the direction of the option you wanted to select while selecting it.

The Immortal is an isometric dungeon crawler published by Electronic Arts for the Apple IIGS and ported to the Amiga, Atari ST, DOS, NES, and Mega Drive. Having played this on some of the various platforms the Mega Drive stands as my favourite version.

Gameplay is much the same throughout each platform. The Mega Drive, NES and DOS versions cut to fight scenes unlike the Apple IIGS, Amiga and Atari ST where fights occur in the main gameplay area. The Mega Drive version does have limitations. During fight scenes the enemy cannot dodge attacks as on other platforms and their attack pattern is linear, swinging back and forth, while other platforms mix it up a bit. When you do deal a killing blow to your enemy you will witness one of twelve different death scenes. 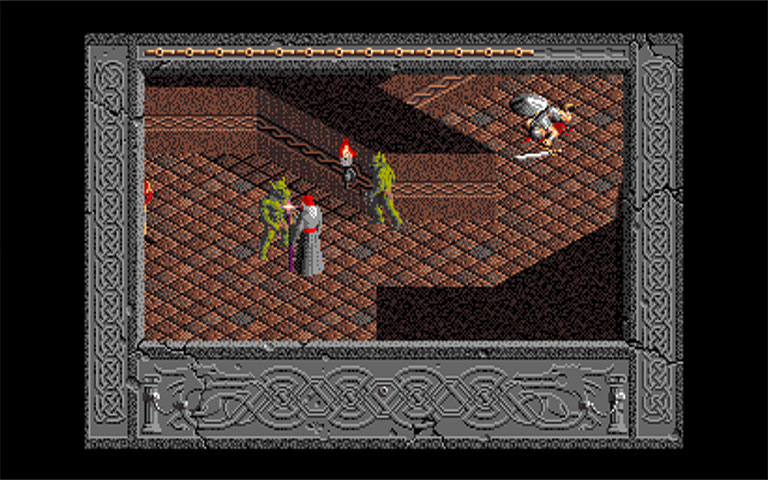 Apple IIGS version -Excuse me Mr Goblin, but would you mind adhering to the 2 metre guidelines please?

The music is important to the atmosphere and this is where the Mega Drive, NES and Apple IIGS versions shine. A series of screeches is the only way I can describe the music on the Amiga and Atari ST while DOS, using ADLIB, tries but isn’t great.

A nod to the NES

Surprisingly the NES version works pretty well. It plays a lot like the Mega Drive version, maybe a little smoother even. Don’t expect it to be easy on you, in terms of things that want to kill you, the screen is very busy. I can’t help but feel that the NES desperately wants us dead, so be prepared to die… a lot.