UPDATE: It has been brought to my attention (thanks, Rob) that Facebook screws with the images, namely adding a white background and a random filename. I have now uploaded the full size versions in TOSEC naming format to MEGA and added a download link below.

I have a Mega-CD unit in my collection but it’s not always practical digging it out to play a game. Like many others I find it easier to make a backup of my CDs and play them on the PC via an emulator.
I backed up all of my Mega-CD games a while ago so when I received a Linx Vision gaming tablet from the missus and kids this Christmas I decided to install Retroarch and put my Mega-CD games onto the micro SD card.

It’s not the first time (and probably not the last) I’ve set up a front-end for emulation. A few years ago I converted an old Sega Saturn controller to USB and added a 64GB flash drive to it. On the flash drive I installed Kega Fusion along with a Hyperspin front-end. It all looked great but something bugged me, the fact all of my European Mega-CD games were accompanied by US “Sega CD” box art. I tried looking around for some European Mega-CD box art for my games but there wasn’t much offering out there.

I decided to make some European box art myself. I mostly used box scans found at segaretro.org as source material and re-worked them to fit with my goals. Some images (such as “The San Diego Zoo Presents The Animals!”) I’ve found by scouring the web and rebuilding them as best I could.
After completing box art for my own games I decided to go ahead and do the whole set* of European boxes. I then decided to put them out there on the web for others in the same mindset as myself. There’s a few below as an example but they can all be downloaded from MEGA.

I haven’t tried to make them perfect but I have tried to go for an authentic look, rather than uniformity, for each case. 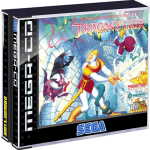 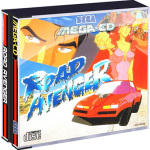 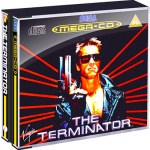 *Whole set as far as any record I can find. I’ve created a custom box for Lethal Enforcers as the original was a cardboard box containing the lightgun.