While we’re in our third lockdown I decided to revisit some old favourites, but with a twist. The plan is to take a look at some of my all time favourite retro games but on a different system. Today I played Castle of Illusion starring Mickey Mouse on the Sega Master System. 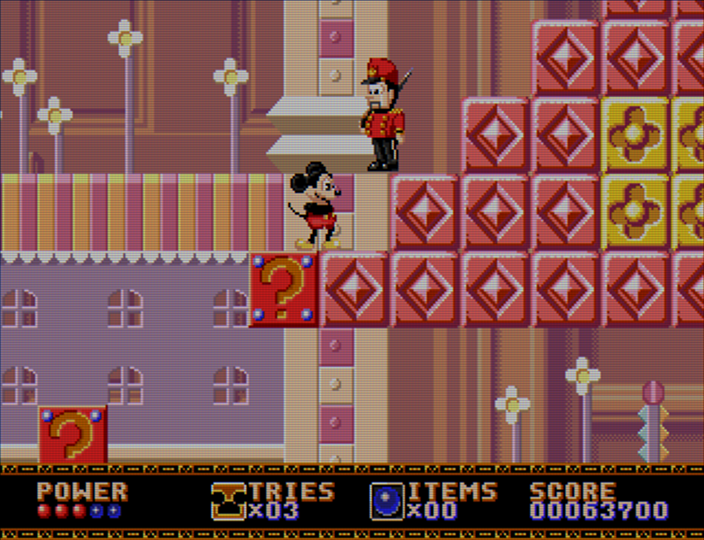 Alien³ on the Nintendo Entertainment System

Taking into account the Mega Drive has better quality sound, the Master System does surprising well in the way of music. It’s all a bit cutesy but does add to the atmosphere of that version quite nicely. I cannot imagine switching the background music between the versions, it just wouldn’t work. The Master System version is different enough to warrant its own music.

In terms of playability I would have to say both versions offer that in spades although the Mega Drive version is more likely to draw me back for further games based on the pure beauty of some of the levels. the Master System does well but, in places, it feels a little Wonderboy/Alex Kidd like and, while I do enjoy both of those games, the Mega Drive version just has that edge.

I fell in love with the Mega Drive version of Castle of Illusion when it came out. The game was pure artistry in both graphics and sound. It’s probably unfair pitting an 8bit console against the 16bit behemoth that was the Mega Drive but the Master System version does incredibly well. For the sake of fairness they may share a name but they really are two very different games following a similar story.