In musical terms, it’s been a strange few months

There’s usually a variety of musical offerings on my iPhone. Legendary artists such as Pink Floyd, Queen and Bob Marley are usually constants. Lately, the usual playlists haven’t been doing it for me and instead I’ve been craving something different. I’ve been wanting to listen to some of those mismatched rave compilation CDs* from my youth.

*I usually had the cassette tape versions back then so I could listen to them on my Sony Walkman.

Those with ears in the early 1990s will likely know the ones I’m talking about. Usually consisting of a Prodigy hit, a random track from The Shamen, the rest chart rave tracks and a couple of remixes specifically for the CD. Now, there’s nothing really odd about wanting to reminisce on that music but that’s not my itch. I don’t want to just hear the tracks, I want to hear those versions in that order, I want those CDs. This leaves me scouring the likes of eBay, Amazon and sites such as Music Magpie looking for those old albums because, frankly, they’re not the greatest of albums and they’re just not available in the form of digital downloads. 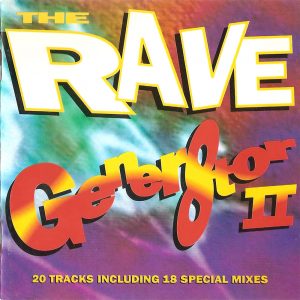 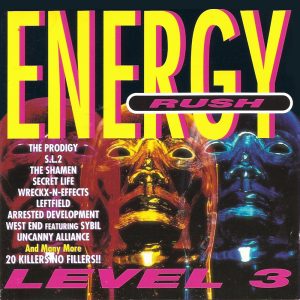 Tracking down these albums proved difficult because I couldn’t remember names. In the back of my mind were a few track titles and with help from discogs.com I was able to figure out album names ‘The Rave Gener8tor II’ and ‘Energy Rush Level 3’; gotta love the internet for that kind of thing.

While not the greatest of albums I still enjoy hearing those tracks from days gone by. They beat similar compilations from the early 2000s. You know them, Ibiza in the title, 5 versions of ATB’s 9PM (Till I Come) and a palm tree or silhouette of a nude woman on the cover.

On to them T-Shirts

Once again Tesco have their T-Shirt game going on. I picked up a Super Mario on the off chance a week ago. A friend told me they had Pac-man tees in. After hounding the other half about Pac-man tees she had to cave and tell me the kids had already got me one for Father’s Day, oops. 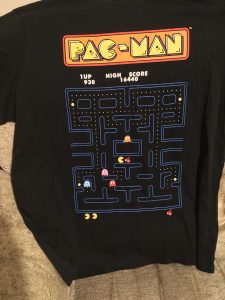 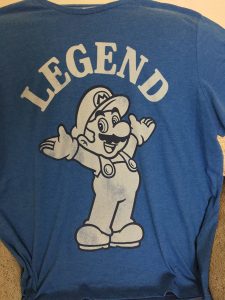 This bit is just a bonus piece. Argos have some Super NES Classic official cases in (Dammit, it’s not a lunchbox) and our friends over at Inside the Mancave gives it the once over on the Youtube