My COVID Lockdown game for today is Resident Evil.

While we’re in our third lockdown I decided to revisit some old favourites, but with a twist. The plan is to take a look at some of my all time favourite retro games but on a different system. Today I’m playing Resident Evil on the Sega Saturn. 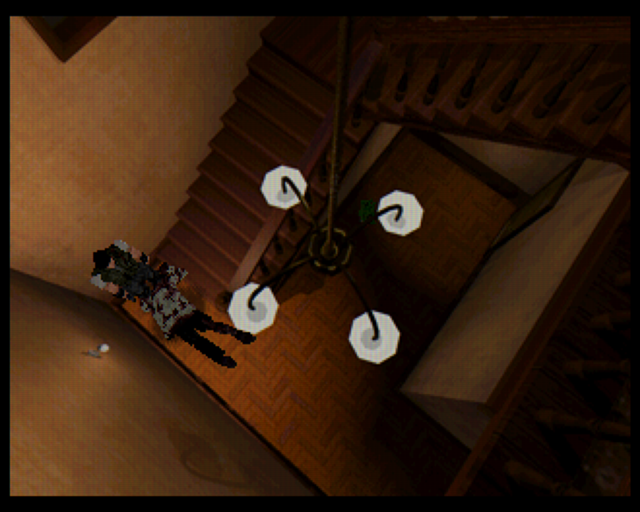 Resident Evil on the Sega Saturn

Right from the off I noticed a difference in the way character sprites appear disjointed from the background on the Sega Saturn version. The atmospheric lighting seems not to apply to the characters on the Saturn in the same way it does on the Playstation version. Another thing I noticed was the way the character sprites didn’t appear to be as smooth as those of the Playstation.

There’s not really much to say in terms of music and sound effects as they were identical to my ears. I couldn’t really say one system sounded better than the other. The music on the Playstation was part of what attracted me to the game back in the day, they way it pulls you in to the game in terms of atmosphere. I’m really into my zombie movies and Resident Evil felt like all of that in a game.

Other than finding the disjointed character sprites a little off-putting I found the Saturn version just as playable as the Playstation version. There were some differences, in terms of enemies, in the Saturn version which made the game worth the play on that system. Otherwise it’s effectively the same game so both are just as playable to me. Loading times seemed slower on the Saturn but, not running them side-by-side, that may have just been down to my perception.
Something that would keep me going back is the Saturn exclusive Battle Game, a reward for clearing the game. I didn’t delve into Battle Mode though as that wasn’t the purpose of me playing the game.

The extra surprises on the Saturn version were nice but I still prefer the Playstation version. the smoothness of the characters, the way they blend into their surroundings, it all adds up for me. The Saturn version doesn’t give me that apprehension I feel when playing the Playstation version, such as going into a new room or round a blind corner. Screen resolution is higher on the Saturn but with the ugliness of the character sprites it doesn’t really help anything.

I made some memory card labels for the Playstation version a while ago. They’re here if anyone is interested.