While we’re in our third lockdown I decided to revisit some old favourites, but with a twist. The plan is to take a look at some of my all time favourite retro games but on a different system. Today I played Bomb Jack on the Amstrad CPC464. 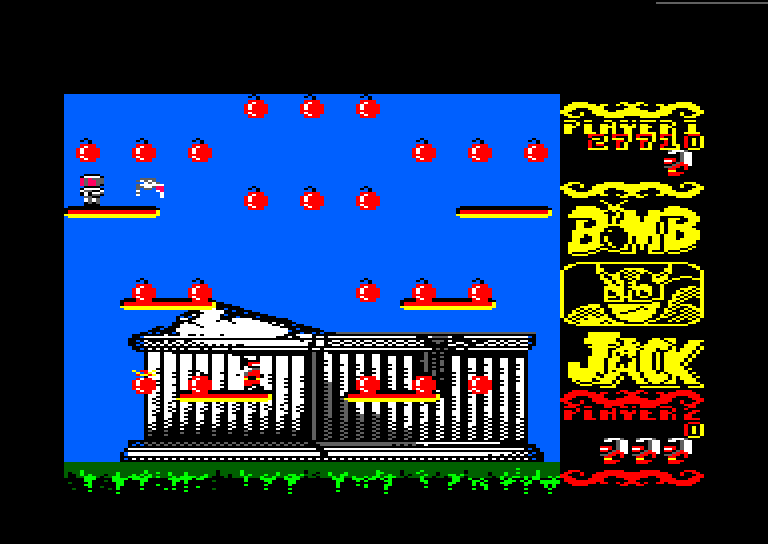 Bomb Jack on the Amstrad CPC464

Like the Spectrum version, the Amstrad CPC464, doesn’t have any music. I always liked the music from the arcade version so found it a shame that wasn’t translated to the Spectrum. The same now applies to the CPC464 version because I think that would’ve given it an even more arcade feel.

The sound effects are pretty much the same on both versions.

There feels to be less space around objects than the Spectrum version but, that said, it still doesn’t feel cramped. It’s easy to navigate yourself around the rather colourful screen and sprite animations are smooth. The CPC464 version actually reminds me quite a bit of the arcade version.

I really like the CPC464 version. It has the feel of the arcade version about it. I grew up playing the Spectrum version but I think if I’d had the CPC464 version then I would have come to enjoy it just as much.