If anything ever really offered a true representation of the randomness of my life it’s been these last few weeks.

It all started with a loose 510 connector on my Vaporesso Target Pro. The tank kept getting a wobble on so I stripped the base down to find the 510 connector is a “pop-on” type. I wasn’t going to open it up every other week to pop the connector back on so I decided to order a Fat Daddy v4 510 connector from http://www.modmaker.co.uk/. It arrived pretty quickly. I had to Dremel out the hole on the Vaporesso for it to fit but the final job was worth it.

While my soldering gear was out I decided to do some of those soldering jobs I’d been putting off for a while. My first task was to composite mod my old Spectrum 48K. I took my faithful old Speccy out of storage and, before getting its composite on, I decided to take it for a test run. This presented me with a slight problem… I haven’t owned a cassette deck in 25 years. After finding a couple of games online in TZX format I converted them to MP3 and dropped them on to my iPhone. I know there’s a long list of people having already done this but I can’t help but love the ability of 30 year old technology running in harmony with modern technology. 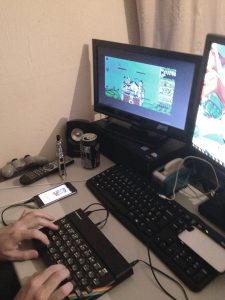 A quick game of one of my Dad’s old favourites, Bomb Jack, loaded from my iPhone

It was at this point I decided I quite liked my Speccy 48K in it’s original condition so decided to mod my 48K+ instead. With the RF socket disconnected from the RF Modulator, the +5v feed removed and a 100uF 16v capacitor from the video feed to the ‘once-RF socket-now-composite out’ the task took roughly 5 minutes.

Now, it was all well and good having Spectrum games loading from my iPhone but what happens when I go out and want to listen to music through my earphones? The last thing I need blasting down my ears is the screeching tone of an ’80s tape loader. I considered buying an old MP3 player to store my games on but as I have boxes upon boxes of Spectrum games on tape I decided what I really needed was a cassette deck. This means I have the ability to load from my original tapes or convert them to MP3 to load from an MP3 player or PC with the option of flash loading the games.

Off to eBay I went in search of a suitable cassette deck. I placed a bid on a deck I remembered performed well back in the day and managed to win it. Now all I have to do is wait for it to arrive. What’s that saying about the devil making work for idle hands? In any case waiting isn’t my strong point so in the meantime I decided to knock together an RGB SCART cable for my Spectrum +3.

It’ll be a cold day in Hell before I forgive those bastards at Amstrad for their butchery of my beloved Spectrum. In order to get a working RGB cable it appears I have to replace a resistor on the video feed of +3’s motherboard. I already knew they screwed up the audio circuit (that’ll be a job for another time) but now the video doesn’t have the necessary voltage for the SCART, kicking out 0.8v instead of the required 1v-3v.

At this point my better half is preparing to go and visit her Aunt down in Somerset and she’s taking the kids with her. Head still buzzing with anticipation of some retro gaming when my cassette deck arrives I decide to invite my eldest Son, Nephews and Brother-from-another-mother around for a retro gaming session. I’m thinking Master System, Mega Drive, Atari 7800, Jaguar and some Playstation.

My Daughter is autistic and suffers anxiety. She’s just finished 6th form and is preparing to go to a specialist college in September. This means there’s some big changes going on in her life and, like many autistic people, change is hard and triggers anxiety. On top of the anxiety there’s the excitement of going to see her Great Aunt in Somerset. Anxiety and excitement sometimes leads to meltdowns and this particular meltdown ended up with our Daughter charging at us. I put my hands up to stop her and she managed to take out my ulnar collateral ligaments and radial collateral ligaments (the ligaments that allow movement of the thumb). 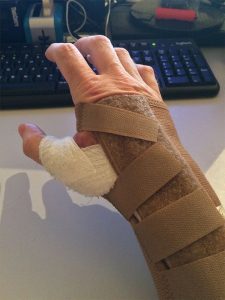 I’m not doing much gaming right now, retro or otherwise. I’m not supposed to be using the computer in truth but hey-ho. Everyone else seemed to be enjoying the retro gaming though and I can still manage to hold a beer so it’s not all bad. My eldest son helped me set things up, Mega Drive (with Master System converter), Mega CD, Atari 2600/7800 and Atari Jaguar on one side of the room, Playstation on the other. 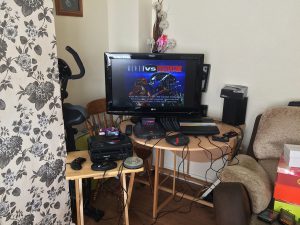 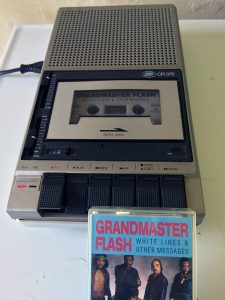 and that, my friends, is how I get from vaping to White Lines without having to put any thought into it.