I got my hands on a Philips CDi

While browsing a local charity shop a couple of weeks back, amongst the Hi-Fi equipment, something caught my eye. A Philips CDi 210/45. 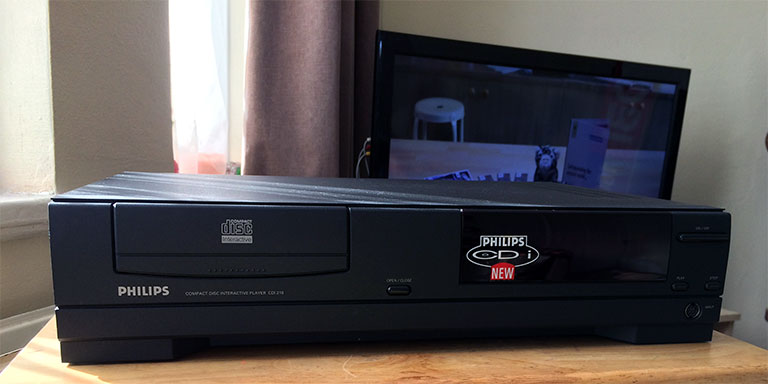 A price label was just about visible as I leaned over some TVs to the shelving the CDi was sitting on. I pulled the unit closer and the price label had “£20 -no remote” written on it. I bought it anyway figuring I can get a remote later.

Only vaguely recalling the CDi back in the day I decided to do a little research on the internet. There was a demo model up and running in Heward’s Home Stores I remembered seeing and that there were some really awful Zelda games for it but that was as much as I knew.

This is where the confusion comes in.

Every review I read, every Youtube video I watched, every forum thread I found all spoke of a major irritant with the CDi. Even though there was a controller socket on the front the gamepad didn’t work in there, only the wired remote.

Now, I have no idea what the people on these sites are talking about because I bought both kinds of gamepad on eBay and both work just fine in the front input socket. Unless my Philips CDi is some kind of unique unit there must be a lot of people out there in internet land with broken CDi’s.