…and a Happy New Year

Christmas is an exciting time for a child.

Looking back at my childhood Christmases there are a number of toys that really struck a chord with me, and possibly others.

END_OF_DOCUMENT_TOKEN_TO_BE_REPLACED

Yep, a Nintendo Classic Mini. Sorry, it’s still sinking in that I won something. 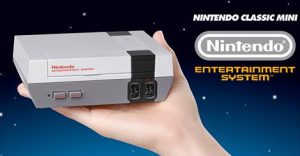 I’m not the type of person who would normally enter a competition and even on the rare occasion that I do I rarely rank amongst the top scorers; and that’s OK because it’s normally for brain exercise and enjoyment of it all.
The last time I won a prize was back in the early ’80s when I won a competition to meet Worzel Gummidge (Jon Pertwee) at a show way down in the deepest parts of Cornwall but my parents were unable to take me and 5 year old me threatening to make my own way there wasn’t really ever going to make an impact.

Just over a week ago my lovely niece tagged me in Game Smart Yardley‘s post to win a Nintendo Classic Mini. The challenge was to name as many classic games featuring the characters in the image as possible (below). The person with the most correct answers wins. 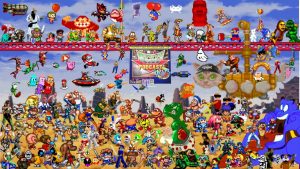 At first I thought I’d have a go just for myself. I could see a whole bunch of characters on there I recognised instantly and some characters that resided deep in the darkest pits of my memories going back 30 years. I started noting them down and by the time I finished I decided I might as well take a shot at the prize. I’m glad I did because I won.

Thank you guys at Game Smart Yardley and thank you to my niece for tagging me in the first place. If it’s any consolation to my fellow competitors, all this shows is I’m an old gaming nerd who can’t remember his own phone number but still remembers a character from a game he played in 1986.