Just an update on my SCPH-7502b mod, The Autobot insignia has arrived so no more Photoshopping that in. I noticed the white LEDs really drag down the power so I decided to drop down from three to two and wire them via a switch in case I need to switch them off in the future; so there’s now a hole for another switch.
I think I may also keep the buttons in their original grey but maybe sand off the function icons in favour of wording. I will probably change my mind again at some point. 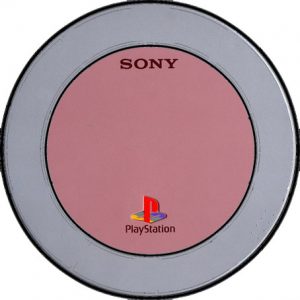